MQG recently addressed the Defense Minister, Moshe Ya’alon, with regard to an inter-ministerial report of achieving military draft goals, which recommended the granting of benefits to ultra-orthodox recruits. The Movement calls on Ya’alon not to accept the report’s recommendations of these benefits, and to support the law-obeying public which these recommendations will discriminate against.

The Inter-Ministerial Team for Achieving Draft Goals published its report in May 13, 2016. This report comprised, inter alia, recommendations for applying incentives for ultra-orthodox people in order to encourage their enlistment into military or civilian service. Such incentives actually mean the granting of benefits to ultra-orthodox recruits, thus distinguishing them from the rest of recruits.

For instance, the Integrative Secondary Team recommended significant benefits regarding the housing issue. The team advocated instructing CEOs of the Ministries of Construction and Housing, Justice, and Finance, and of Israel Land Authority to examine the possibility of granting benefits in purchasing housing or in allocating lands to ultra-orthodox people who completed their military or civilian service. The team recommends acting, in accordance with due possibilities and the examination’s results, toward the implementation of these benefits. 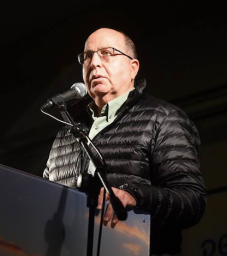 According to MQG, such a recommendation severely harms non ultra-orthodox young people, who in spite of enlisting and fulfilling their lawful duties will not be entitled to such privileges. This recommendation is even more harmful given the well-known housing distress in Israel which is a common trouble typical of young people in general, and not only of the ultra-orthodox.

The Movement claims that as a whole, granting benefits only to recruits of the ultra-orthodox sector undermines the equality principle, produces a problematic message for non ultra-orthodox recruits and disrupts the public’s trust. In addition, implementing these plans might have damaging effects on the rule of law in the far future.

Hence, MQG calls the Defense Minister to reject the report’s recommendations referring to privileges only for ultra-orthodox recruits, and to stand by a large law-obeying public that will be damaged by these decisions.

MQG urges the minister to not include these specific benefits only for ultra-orthodox recruits when formulating the resolution which, according to his authority, he should submit to the government’s confirmation.