MQG called on President Reuven Rivlin and Justice Minister Ayelet Shaked to deny parole from former President Katsav, the disgraced former president of Israel who was convicted of rape. In a letter send to Rivlin and Shaked, MQG stated that “The only message that should come from the Ministry of Justice and from the President is clear – All citizens are equal in the face of the law, and without taking responsibility for one’s actions, re-instating a convicted felon into Israeli society must not be accelerated”.

MQG addressed the President and the Justice Minister yesterday (Sunday), following a Channel 10 publication suggesting that the two are allegedly considering granting parole to former President Moshe Katsav, in light of the possibility that his sentence will not be shortened by the parole board. Katsav, lest it be forgotten, was convicted of two counts of rape, sexual harassment, committing an indecent act while using force, harassing a witness and obstruction of justice. 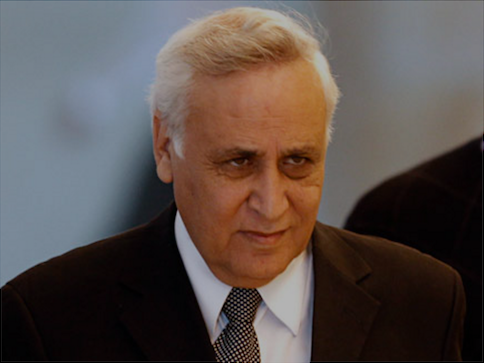 The letter was sent the President and Minister for the sake of caution and in case there is truth to these publications. MQG implored the two to cease their support of awarding a parole. MQG wishes to clarify, that the law enforcement system must see that the sentence must be fully seen through also in cases of convicted high ranking public figures, and absolutely not bestow any favorable conditions without any special or justifiable reasons. So it should be as with anyone else, and especially in the case of Katsav.

Katsav’s severe actions, for which he never expressed remorse or accepted responsibility, caused unprecedented damage to the President’s office and to the State of Israel, and landed a heavy blow to the public’s trust of its representatives and officials. If Minister Shaked would recommend awarding parole, and the if president decides to indeed grant it, the damage will be magnified sevenfold, and it would take years to repair it. It should be in this period in time when the Israeli society is going through a moral realignment, which includes public representatives taking personal responsibility for their actions, that the principle of responsibility should be strengthened.

There is no justification in his personal circumstances to reduce Katsav’s punishment and to clear him of his criminal offences. The fact that Katsav did not express remorse and did not take part in any sort of rehabilitation program serves as further evidence to avoid granting him parole.

It should be made very clear: Whoever makes a mockery of the presidential office, a symbol of the state, will not receive salvation from it. The decision to grant Katsav parole in these circumstances will lead to feelings of deep bitterness among the public, stemming from of inequality in the face of justice, and from the fact that public representatives enjoy special standards for ordinary citizens. The blow to the rule of law, in this setting and others, must not be easily ignored.